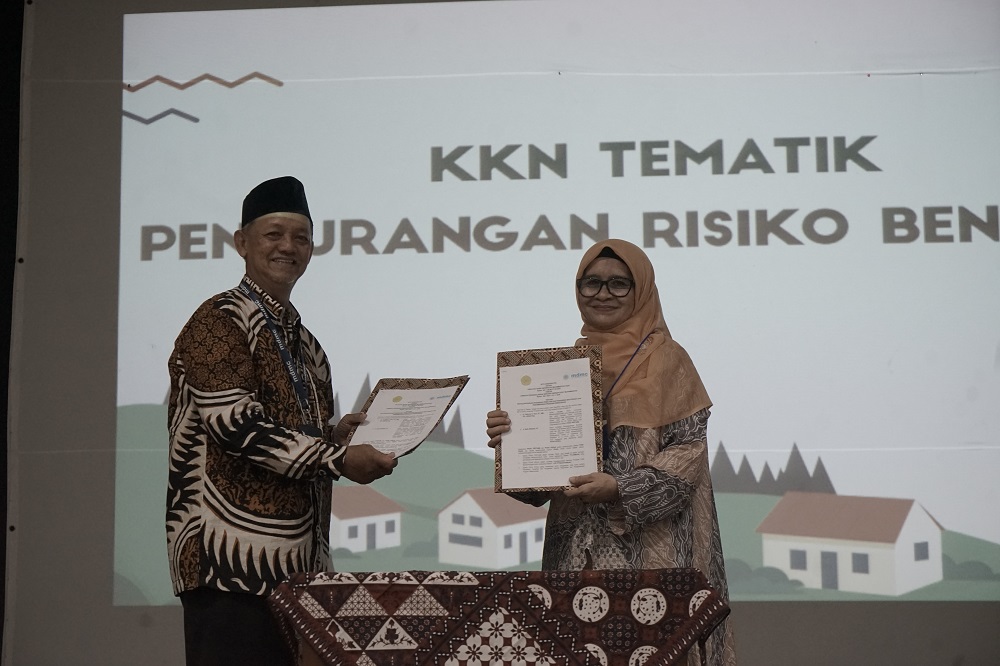 Indonesia’s geographical area is located within the ring of fire, and almost all of Indonesia’s territory is surrounded by volcanoes. Therefore, it is not surprising that disasters often occur in areas surrounded by volcanoes. But humans are also often involved in the occurrence of disasters, and for that, we need self-awareness of the importance of disaster response and how to reduce risk in the event of a disaster in the future. Seeing the seriousness of the problem, Muhammadiyah Disaster Management Center (MDMC) initiated a collaboration with Muhammadiyah Universities in Indonesia to carry out Social Services Programs(KKN) themed around Disaster Awareness and Relief.

On the other hand, he also thinks that it is a challenge for MDMC to collaborate with PTM in their disaster preparedness and management programs. “This also presents a new challenge for Muhammadiyah Disaster Management Center (MDMC) to create an off-campus service program for Muhammadiyah college students, especially with the enactment of the new Permendikbud (Ministry of Education and Culture Decree) 2020 regarding the Merdeka Campus program which requires students to carry out activities outside of the normal study program for three semesters. This is an opportunity for MDMC to direct Muhammadiyah college students to provide community service in areas that are still lagging behind in Indonesia so that community growth is evenly distributed, as well as a form of Muhammadiyah’s involvement in overcoming disasters in Indonesia,” Sayuti added.

On the same occasion, the Chairman of the Universitas Muhammadiyah Yogyakarta Office of Research, Publication, Publishing and Social Services (LP3M UMY) Dr. Gatot Supangkat said that building disaster-friendly behavior through education is very important because we never know when disasters will come. “Disasters are certain to happen and cannot be avoided, and humans can only try to mitigate the risk of disasters by preserving nature and preparing knowledge so that when disasters occur we know what to do. When we manage the environment well, that is also a form of disaster mitigation,” he concluded.