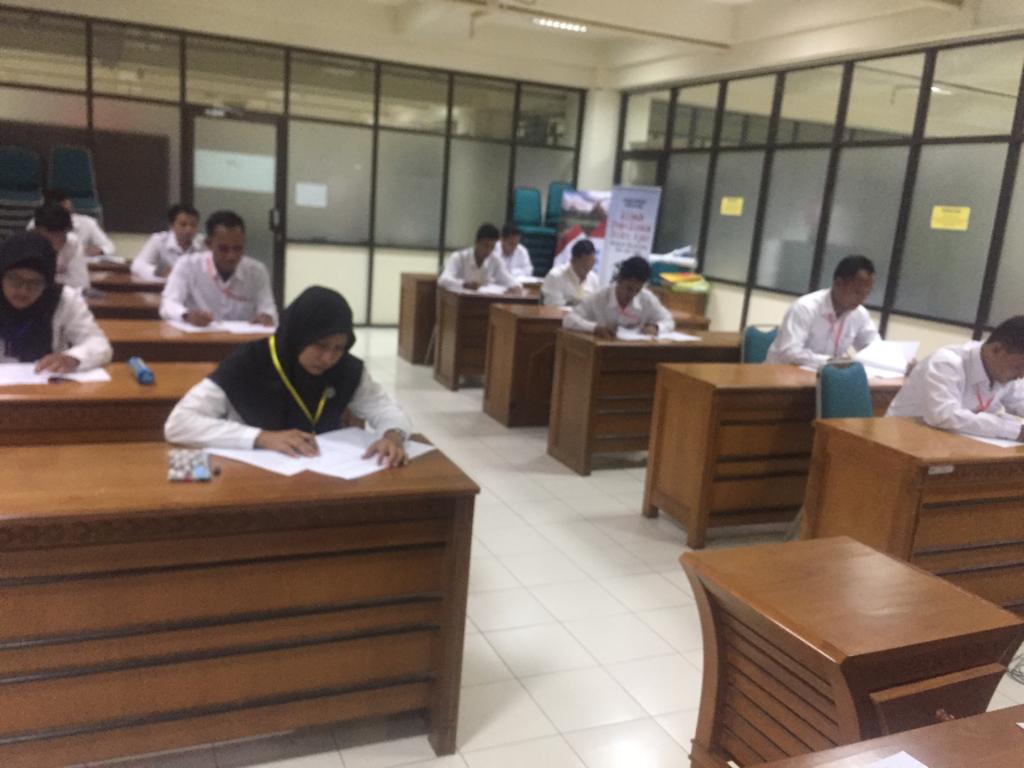 Office of Research, Publication, and Community Service (LP3M) of Universitas Muhammadiyah Yogyakarta (UMY), together with village government of Argosari, Sedayu, Bantul conducted a selection of village official candidates for formation of Klangon, Botokoan, and Pedusan for period of 2019. The selection was held at Study Hall of the LP3M of UMY on Sunday (17/3) and was followed by 12 participants.

Head of Chief of Community Service Division of the LP3M Dr. Adhianty Nurjanah S.Sos., M.Si stated that the selection was a contribution of UMY to improve quality of human resources and regional development. The selection also aimed to broaden cooperation networks, especially between Argosari Village and the LP3M of UMY.

Chief of committee, Sugiyat explained, “We have been collaborating with UMY. The first collaboration was in 2018. The LP3M of UMY possesses commitment to show independency for the selection process. Hence, we chose UMY as the third party assisting the selection process. Hopefully, we will acquire a leader who is honest, trusted, and professional. Indeed, he/she can portray good examples for people.”

He continued, “The LP3M has prepared a rigid selection, starting from pre-selection process which is marked by a briefing agenda. The selection consists of four stages, namely a written test, interview section, computer operating practice test, and Javanese speech test.”

Meanwhile, Headman of Argosari Drs. Hidayaturachman was also present in the selection. He hoped that Klangon, Botokan, and Pedusan would have a headman who can perform the main functions as leader.