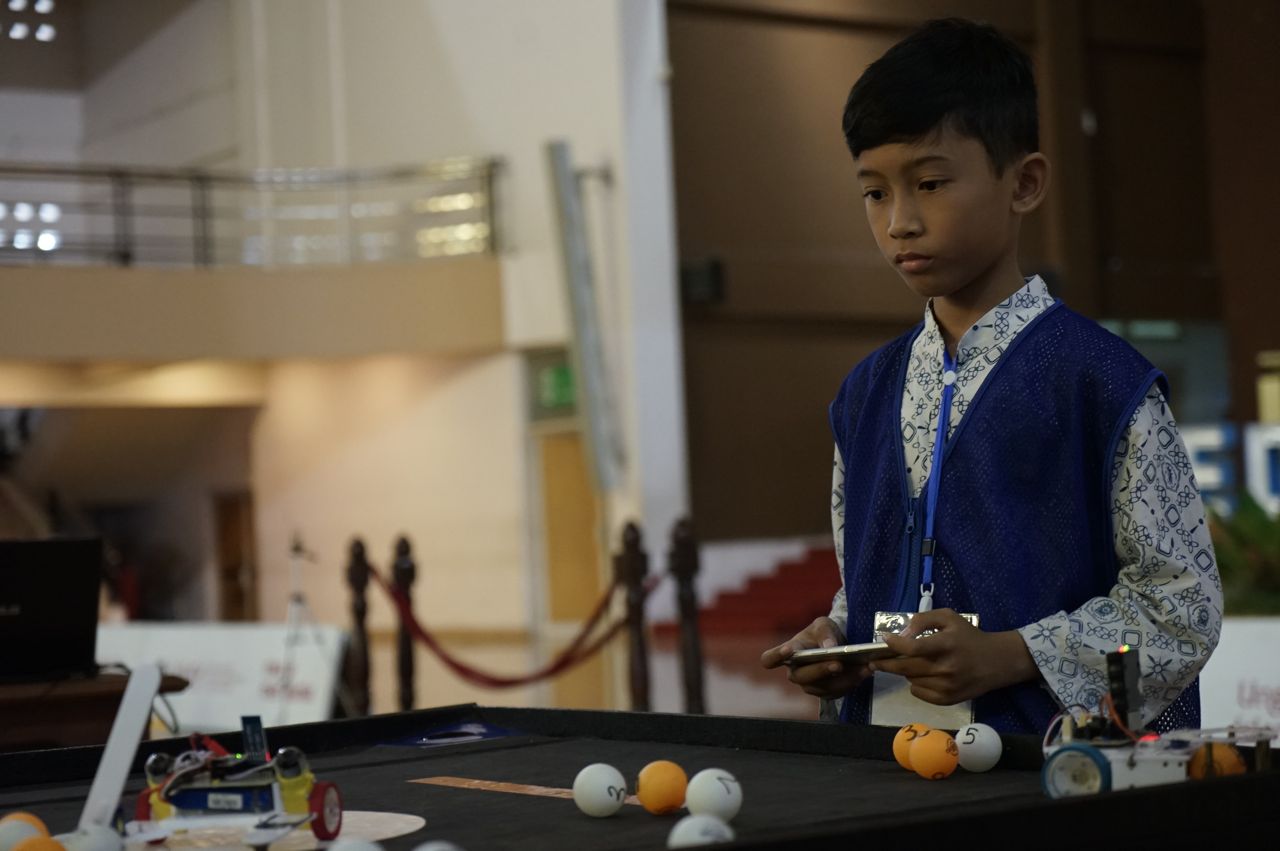 At the Transporter Robot, the participants were required to answer questions on a screen by finding a ball with a number as the answer. Then, their transporter robot would throw the ball to a hole. Meanwhile, at the Sumo Robot, the last robot on an arena was the winner.

“The competition may enhance participants’ skills in creating simple, innovative, and strong robots. There were 50 and 29 teams joining the Transporter Robot and Sumo Robot respectively,” informed Chef of the Electro Fair 2019 Rikky Alif Sembada.

Regional Secretary of Bantul Drs. Helm Jamharis, M.M. representing Regent of Bantul attending the Robotech#9 stated that he was proud of the department for conducting the competition. He added that technology development requests people to think broadly and develop their creativity. Thus, the Robotech#9 can become a means of boosting quality of human resources.

“In the Industrial Revolution 4.0, we have to focus on not only technology but also the quality of human resources. For instance, in robotics, we expect that we become not only robotic consumers but robotic producers. Being the producers may triggers participants here to evolve technology of Indonesia,” ended Helmi.