BMT of UMY Encourages People to Do Business without Riba 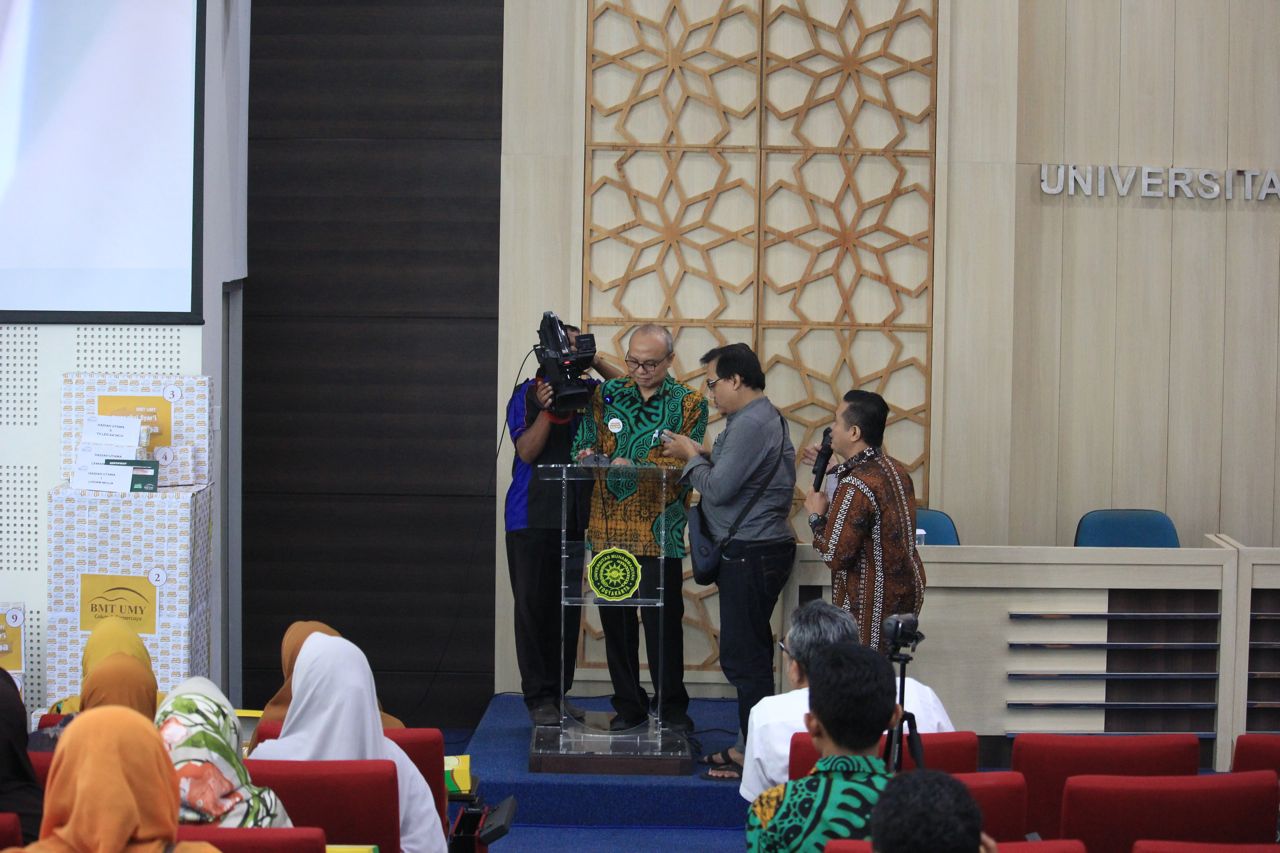 Financial transaction issues are often discussed by society, especially a polemic of riba (bank interest). Riba is a determination of interest or overstating loans based on certain percentage form primary loans which are charged to borrowers.

BMT UMY becomes a pillar refusing the practice of riba, and for this occasion, BMT of UMY conducted a business talk show on “Dare to be Rich without Riba”. The talk show was conducted along with the agenda of 2018 closing book of The 8th Annual Meeting of BMT of UMY. There was also an android application launching, known as BMT UMY Mobile at the 5th Floor of Amphitheater of K.H. Ibrahim Building of UMY on Saturday (16/3).

Moreover, Yoyok Hery Wahoyono (an owner of Waroeng SS) and El-Chandra (an owner of Bubur Syarifah) attended the talk show as speakers. The two entrepreneurs stated that their businesses did not include Riba. As for Yoyok, he did not even try to have bank loans when he pioneered the Waroeng SS.

Yoyok continued, “I started the business in 2002 and have never had a deal with bank loans. For example, if we want to borrow 100 million rupiahs to bank, we are demanded to pay 10 million rupiahs every month, while the company does not always profit 10 million rupiahs per month. My principle is that we must not haste ourselves in doing business to attain monthly targets. If you aspire to run a successful business, you must hold a serene heart so that we do not easily get stressed and can always be creative and innovative.”

Yoyok also conveyed that business cannot be commenced without capitals. Instead of taking bank loans, he decided to entice his family, friends, and relatives to participate in his business. “I seek help from my family, friends and relatives to invest in my business. The concept is using the profit sharing method. I implement the method into the business of Waroeng SS.  Alhamdullilah, until now Waroeng SS has disclosed 89 branches in Indonesia and 1 branch in Kuala Lumpur. Waroeng SS also has 3,800 employees in total,” he explained.

Meanwhile, the BMT Mobile is an application to anticipate the development of technology and adjust demands of time in every information and financial transaction. This time, BMT of UMY has facilitated many partners through the application.

Head of KSPPS BMT Management, Misbahul Anwar, S.E., M.Si. conveyed, “In its development, BMT of UMY attempts to commence cooperation with BNI Syariah as a partner to serve online SPP (donation for educational development) payments. Students can also do payments in every region of Indonesia through BNI Syariah accounts.”

“Besides, as a Baitul Maal (a charity institution), BMT of UMY now has officially become a service office of Lazismu. Hopefully, in the near future, BMT of UMY will be more successful in management of zakah, infaq, and sadaqoh. I also hope that BMT of UMY will be more proficient in optimizing its distribution according to its regulations and responsibilities. BMT of UMY also gained an outstanding increment as big as 57 percent and voluntary savings increment as big as 60 percent, compared to 2017. This shows that people now have started do transaction without riba. At the same occasion, this also shows members’ trust to BMT of UMY,” ended Misbahul.