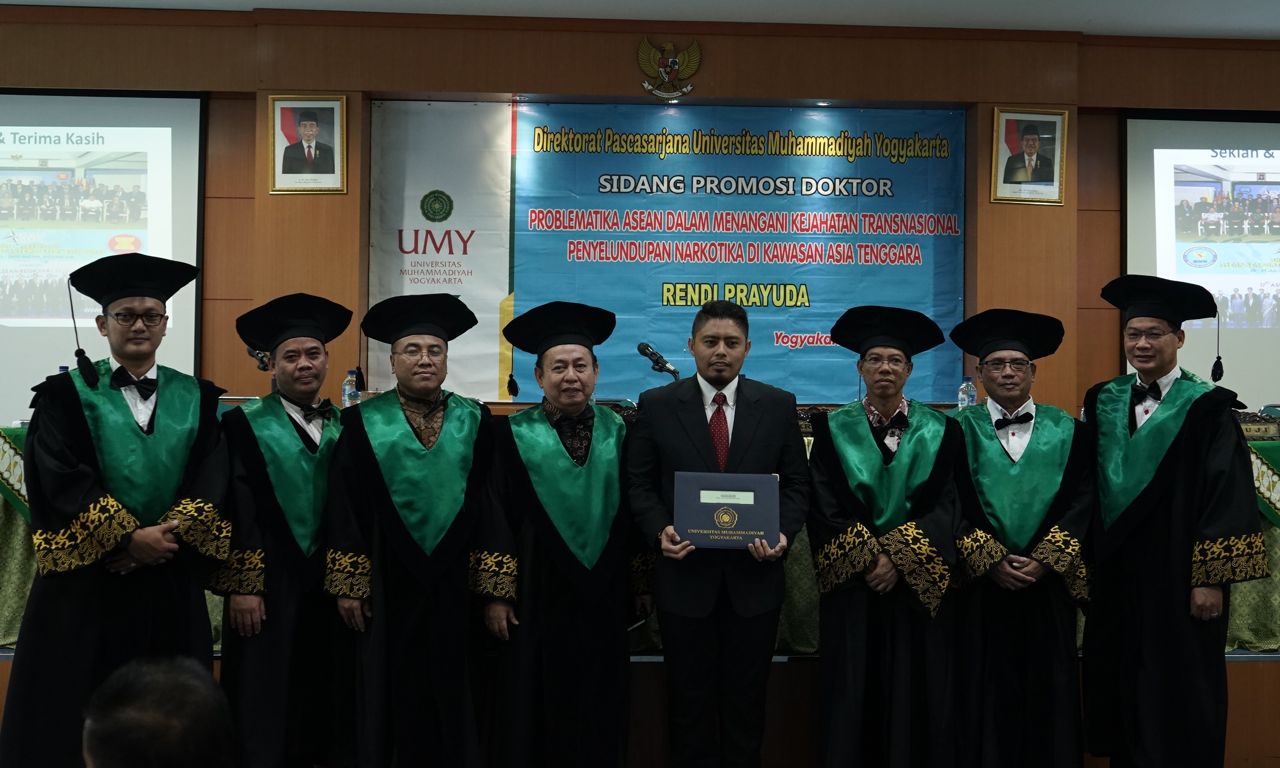 Universitas Muhammadiyah Yogyakarta awarded another doctorate in an open session on Monday (15/7) in the Kasman Singodimejo Building, UMY Central Campus.

In his dissertation, Rendi Prayuda discussed problems transnational organized crimes faced by ASEAN countries, particularly the smuggling of illegal substances in South East Asia. “The problems that ASEAN face in handling transnational organized crime, including smuggling illegal substances in South East Asia, is the different perceptives of each ASEAN countries regarding smuggling. Other problems include the difference in priorities between the leaders of ASEAN countries, the low value of ASEAN principles and norms, the lack of a leader figure among the ASEAN membership, and a low sense of ownership among the people of South East Asia towards ASEAN,” Rendi clarified.

Rendi also clarified that there is still a contradiction between ideas and reality in transnational organized crime in South East Asia. Because of this, the difference between idealism and reality in smuggling cases is still normative in nature. “That is why, through this research, we recommend the creation of an “ASEAN Narcotics Bureau”. This bureau will function as an ASEAN-level body of law,” He stated.

In order to form the “ASEAN Narcotics Bureau”, Rendi stated that cooperation between all leaders of ASEAN countries is needed to emphasize the importance of values, norms, and policies in preventing the smuggling of illegal substances. In addition, Rendi also included a “Regional Integration” concept which can bridge negotiations in national and regional levels