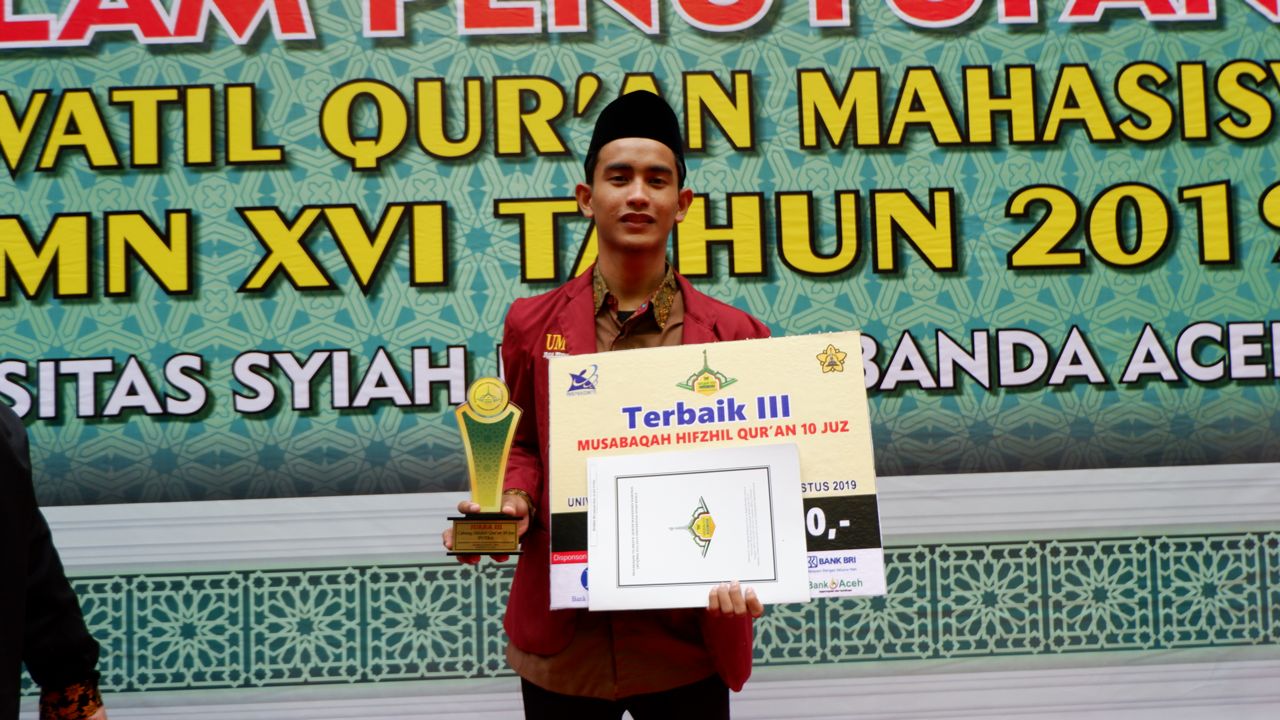 Abdul Hamid Irwan, a student of Mechanical Engineering, received the award. When interviewed by a team from UMY’s Office of Human Resources and Protocol on Sunday (12/8), Abdul Hamid stated that he was supported by the campus and his parents. “This achievement is because of support from UMY and my parents who always pray for me and supported me. I believe that a result shall never betray the effort used to achieve it,” Abdul stated.

Abdul hopes that in the future, more UMY students are willing to participate for future MTQMN competitions. “I hope that students from UMY can raise interest for reading the Qur’an and improve themselves, each other, and the campus,” he added. (CDL)