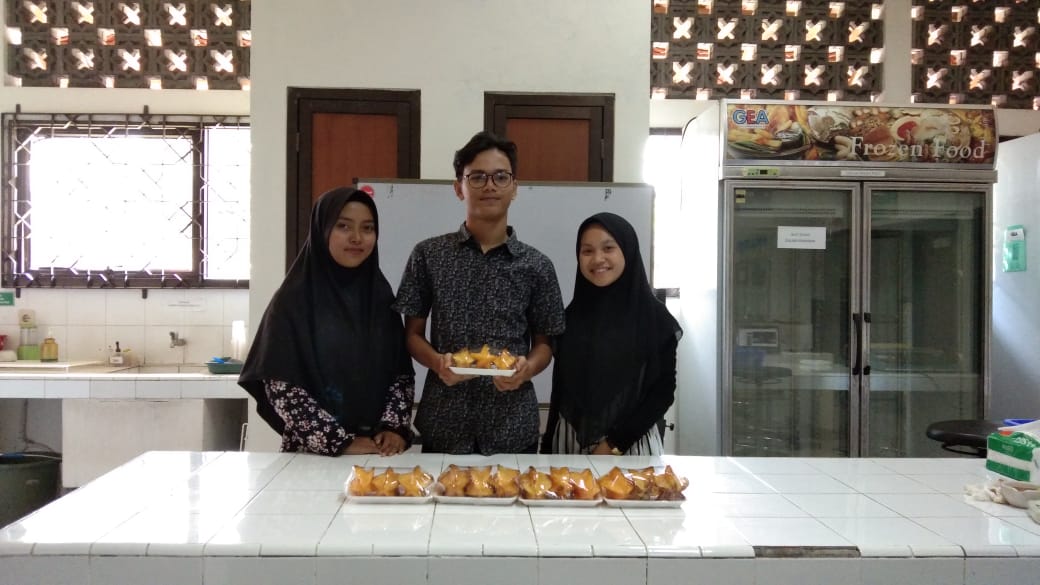 Fruits are a commonplace commodity in society. People can easily find fruits in several places, such as market and supermarket. However, fruits can damage due to bad storages. To save fruits, people require a cooling and pressurized room so that the atmosphere can be modified to protract the age of fruits. This, however, becomes a problem for most people because they would spend large amount of money to purchase one. To overcome the problem, a team of Program Kreativitas Mahasiswa (PKM) of Universitas Muhammadiyah Yogyakarta (UMY) offered an edible coating as an alternative.

The team, known publicly as FORTEPIS, consists of three members, namely Muhammad Sa’yan Hasbiyallah (Agrotechnology 2017), Eka Fitriastuti (Agrotechnology 2016), and Delvika Siti Nuraeni (Agrotechnology 2017). They stated that the innovation can slacken metabolism in fruits. “Hasbi, a leader of the group stated on Tuesday (2/7), “Plucked fruits experience two types of metabolism, namely transpiration and respiration. The metabolism can cause fruits to loose waters so that it reduces some parts of fruits to eat. This, in fact, can lead fruits to damages.”

He added, “People normally wrap fruits with plastics to overcome the problem. However this method is dangerous because plastics carry negative effects for health, especially after exposed to sunlight. Through that method, fruits can be easily contaminated by polymers inside of plastics that can give bad impacts to people’s health.”

Hasbi conveyed that the edible coating innovation can extend the age of fruits. Besides, this method is also useful as an additive carrier on fruits. The coating was made of bagasse that contains 24.2% of lignin. The lignin can press respiration and transpiration rates so that fruits will not lose too many waters. Moreover, the coating also adds lime juices to hamper microbes. “The process is commenced by extracting the bagasse. After that, the bagasse is broiled and pounded into fine grains. The bagasse has to be extracted using a vacuum rotary evaporator so that lignin sediments can be used to coat fruits. In the application trial, we implement the method on star fruits,” declared Hasbi.

Furthermore, Hasbi mentioned that the team innovated the edible coating because many people are still unaware with the method. Besides, bagasse tends to render pollutions to environments and cause bad smells. “Hopefully, after this, many people start using the bagasse as a new method,” ended Hasbi.