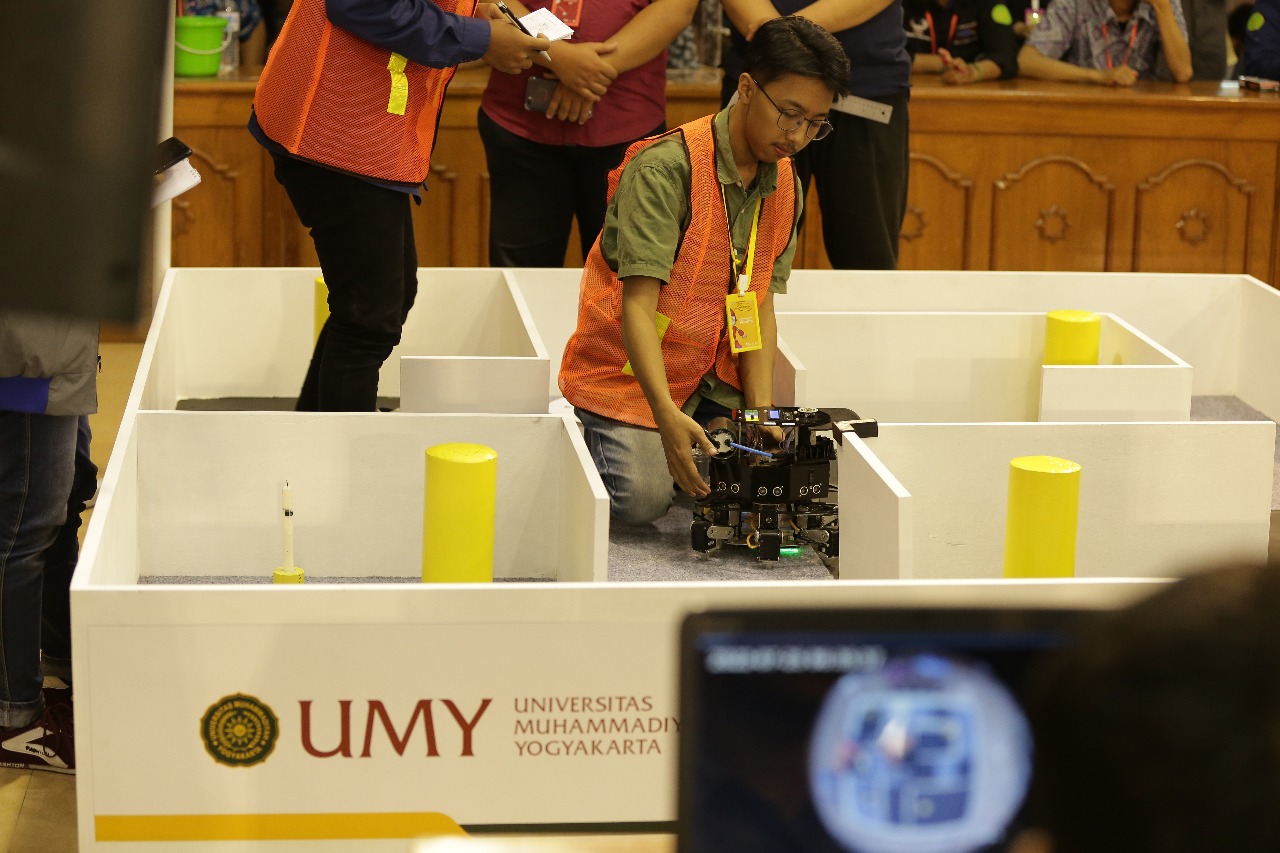 National Indonesia Robot contest (2018) is about to begin. Participants of Indonesia Fire-Fighting Robot Contest (KRPAI) had a running test smoothly without any significant constraints. Only one out of 21 teams faced some problems.

On Wednesday (11/7) at Sportorium of Universitas Muhammadiyah Yogyakarta (UMY), a jury of the KRPAI Dr. Eril Mozef KRPAI stated that the participants showed their best in the running test. It was obligated to all the 21 KRPAI teams to follow this running test. Only CDAST team from Universitas Jember got constraints because the width of the robot is not in accordance with rules.

“All teams, but one team, performed their best and can manage their robot well. We remined the team to design the robot as mentioned on rules and regilations,” he told.

“We think all participants are ready to compete and give thier best at the KRPAI on Thursday-Friday (12-13/7),” said Fahrul Putra Pratama, the team leader of Al-Fatih from UGM.